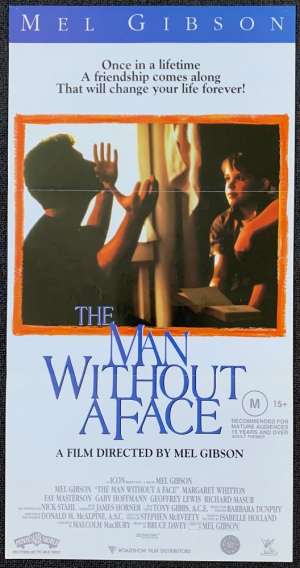 The Man Without A Face Poster Original Daybill 1993 Mel Gibson

Daybill Poster.The Man Without A Face is a 1993 American drama film starring and directed by Mel Gibson, in his directorial debut. The Man Without a Face marked the film debut of Nick Stahl. Mel Gibson initially had planned only to direct the film, and he asked three other actors to play the role of Justin McLeod. However, due to difficulty securing funding, Gibson decided to also star in the film. The film is based on Isabelle Holland's 1972 novel of the same name. Gibson's direction received respectful reviews from most critics.