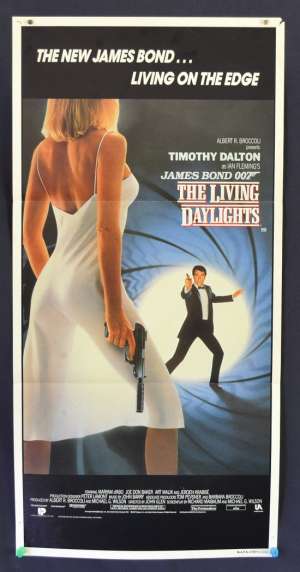 Daybill Poster.The Living Daylights is a 1987 spy film and the fifteenth entry in the James Bond series produced by Eon Productions, and the first to star Timothy Dalton as the fictional MI6 agent James Bond. Directed by John Glen, the film's title is taken from Ian Fleming's short story "The Living Daylights", the plot of which also forms the basis of the first act of the film. It was the last film to use the title of an Ian Fleming story until the 2006 instalment Casino Royale. The film was produced by Albert R. Broccoli, his stepson Michael G. Wilson, and his daughter, Barbara Broccoli. The Living Daylights was generally well received by most critics and was also a financial success, grossing $191.2 million worldwide.