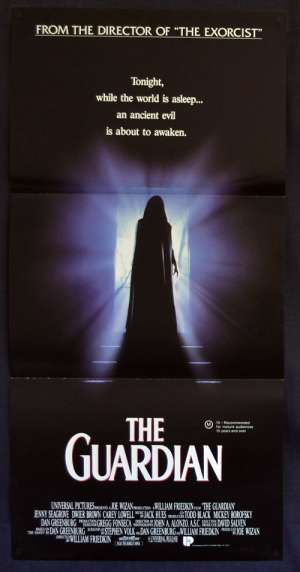 The Guardian is a 1990 American horror film co-written and directed by William Friedkin, and stars Jenny Seagrove as a mysterious nanny who is hired by new parents, played by Dwier Brown and Carey Lowell, to care for their infant son; the couple soon discovers the nanny to be a Hamadryad whose previous clients' children went missing under her care. It is based upon the novel The Nanny by American novelist Dan Greenburg. Although a critical and commercial failure upon release, the film later found an audience as a cult film.