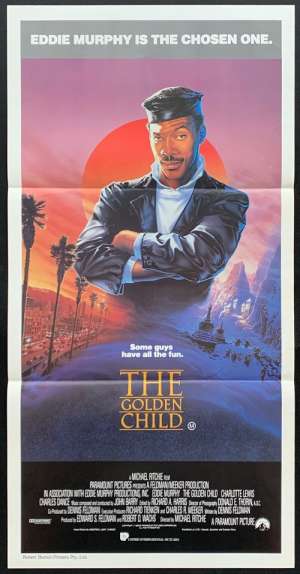 Daybill Poster with stunning John Alvin art.The Golden Child is a 1986 American dark fantasy comedy film directed by Michael Ritchie. The film stars Eddie Murphy as Chandler Jarrell, who is informed that he is "The Chosen One" and is destined to save "The Golden Child", a kidnapped Tibetan boy said to be the saviour of all humankind. The film, Murphy's first not to be rated R was released in December 1986 and was a box office success. It earned US$79,817,937 in the United States alone, making it the eighth biggest film of the year.