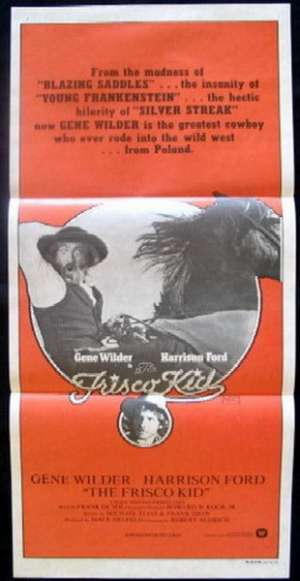 The Frisco Kid is a 1979 American western comedy film directed by Robert Aldrich, starring Gene Wilder as Avram Belinski, a Polish rabbi who is traveling to San Francisco, and Harrison Ford as a bank robber who befriends him. Harrison Ford’s role was originally planned for John Wayne. John J. Puccio of Movie Metropolis writes that Wayne was "eager to take it on as a comic follow-up to True Grit and Rooster Cogburn but due to salary discussions and eventually poor health his participation did not eventuate.