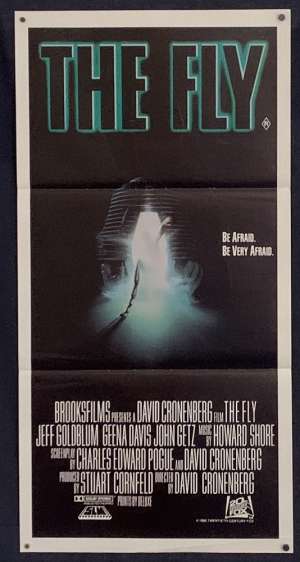 Daybill Poster with artwork by Richard Mahon.The Fly (1986) is a science fiction horror film directed and co-written by David Cronenberg. The film stars Jeff Goldblum, Geena Davis and John Getz. It is based loosely on George Langelaan's 1957 short story of the same name, which also formed the basis for the 1958 film. The Fly was nominated for a number of awards around the world and won in some cases but failed to get a Best Actor Oscar nomination. Poster artwork is by the artist Richard Mahon.