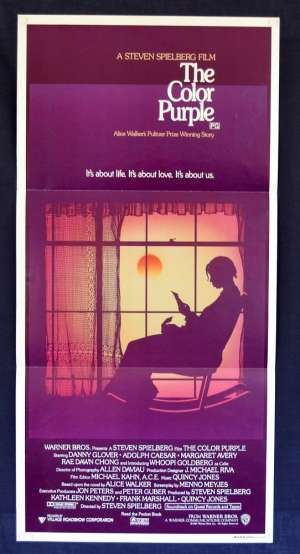 The Color Purple is a 1985 American period drama film directed by Steven Spielberg and written by Menno Meyjes, based on the Pulitzer Prize-winning novel of the same name by Alice Walker. It was Spielberg's eighth film as a director and was the first feature-length film directed by Spielberg for which John Williams did not compose the music. The film starred Danny Glover, Desreta Jackson, Margaret Avery, Oprah Winfrey (in her film debut), Adolph Caesar, Rae Dawn Chong, and introduced Whoopi Goldberg as Celie Harris-Johnson. It went on to be nominated for eleven Academy Awards, including Best Picture, Best Actress for Goldberg and Best Supporting Actress for both Avery and Winfrey.