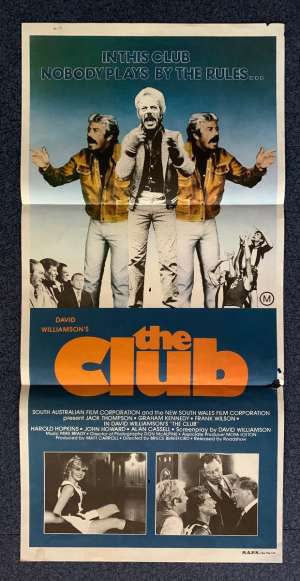 Daybill Poster.The Club was written by David Williamson, directed by Bruce Beresford and starring John Howard, Jack Thompson, Graham Kennedy and Frank Wilson, the film features Mike Brady's 1978 football anthem "Up There Cazaly".The Club grossed $899,000 at the box office in Australia, which is equivalent to $1,240,877 in 2014. Prominent Football players, commentators and coaches at the time starred in the film. David Williamson rated the film as one of the best made from his work saying it was "very well done".