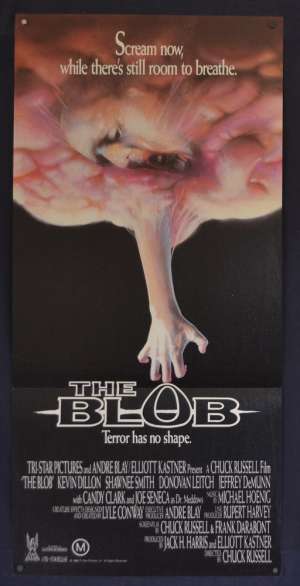 The Blob is a 1988 American science-fiction horror film written and directed by Chuck Russell, co-written with Frank Darabont, and starring Shawnee Smith, Kevin Dillon, Donovan Leitch, Jeffrey DeMunn, Candy Clark and Joe Seneca. The titular Blob is an amorphous acidic amoeba-like organism that devours and dissolves anything in its path as it grows. A remake of the Steve McQueen 1958 horror film of the same name, the film was theatrically released in 1988, and was a box office disappointment, earning $8.2 million. It received mixed reviews but was praised for its special effects. Much like the original film, the remake has since gained a cult following not unlike the original.