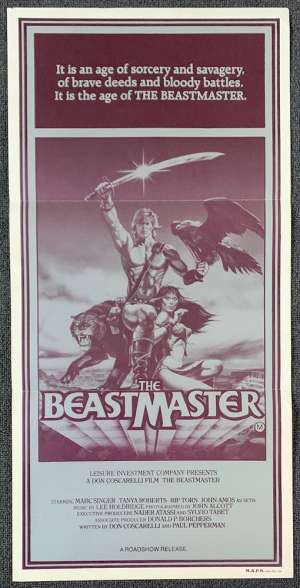 Original Daybill Poster.The Beastmaster is a 1982 sword and sorcery film directed by Don Coscarelli and starring Marc Singer, Tanya Roberts, John Amos and Rip Torn. The Beastmaster was not a great box office success in the United States and later received extensive television exposure on cable in the United States on channels TBS and HBO. The film had two sequels and a syndicated television series which chronicled the further adventures of Dar.