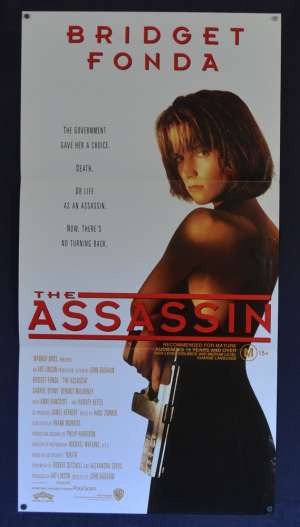 The Assassin also known as (Point of No Return) is a 1993 American action film directed by John Badham and starring Bridget Fonda and Gabriel Byrne. It is a remake of Luc Besson's 1990 film Nikita. Maggie Hayward (Bridget Fonda) is a violent and unstable drug addict found guilty of murdering a police officer, and is sentenced to death by lethal injection. Her death is faked, and a secret government agent named Bob (Gabriel Byrne) informs her that she is to become an assassin. She is given a makeover and training that transforms her into a beautiful woman, and she is also trained as a killer. Her career as an assassin goes well at first. Then, after a mission goes awry, the agency sends in Victor (Harvey Keitel), a "cleaner," to kill everyone and destroy the bodies. The film debuted at No. 2 at the box office.