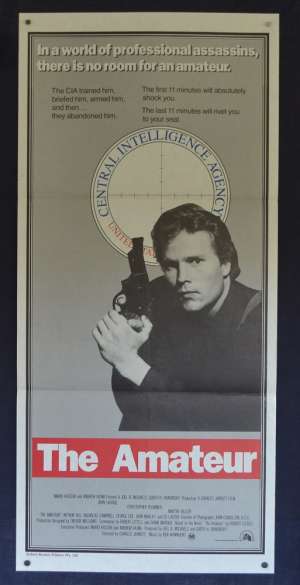 The Amateur is a 1981 Canadian crime/thriller film directed by Charles Jarrott with a screenplay by Robert Littell, which he then adapted into a novel of the same name. It stars John Savage, Christopher Plummer, Arthur Hill and George Cole. The storyline was as follows: When his fiancée is murdered by terrorists, a CIA cryptographer blackmails his superiors into sending him on a field assignment into Czechoslovakia to assassinate those responsible. Once there, however, he discovers a web of deception underneath his fiancée's slaying. The Amatuer received 10 Genie award nominations in 1982.