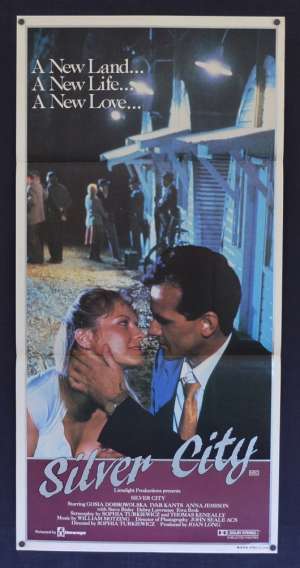 Country Of Origin Poster. Silver City is an Australian film about post-war Polish immigration to Australia, following World War II. "Silver City" is the nickname of the immigration hostel in Australia. Thought to be one of the best Australian films of the 1980's. The film starred Steve Bisley and Debra Lawrence and was directed by Sophia Turkiewicz.