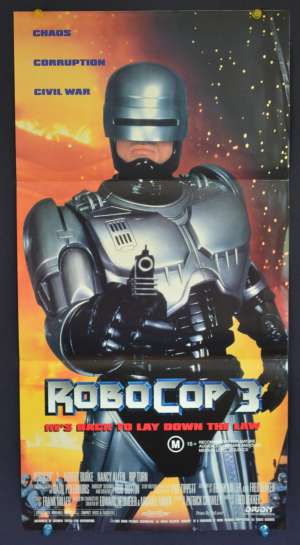 Robocop 3 is a 1993 American cyberpunk action film directed by Fred Dekker and written by Frank Miller and Dekker. Set in the near future in a dystopian metropolitan Detroit, Michigan, RoboCop 3 follows RoboCop (Robert John Burke) as he vows to avenge the death of his partner Anne Lewis (Nancy Allen) and tries to save Detroit from falling into chaos. It was filmed in Atlanta, Georgia. Most of the buildings seen in the film were slated for demolition to make way for facilities for the 1996 Olympics. Nancy Allen, Robert DoQui, Felton Perry, Mario Machado, and Angie Bolling are the only cast members to appear in all three films.