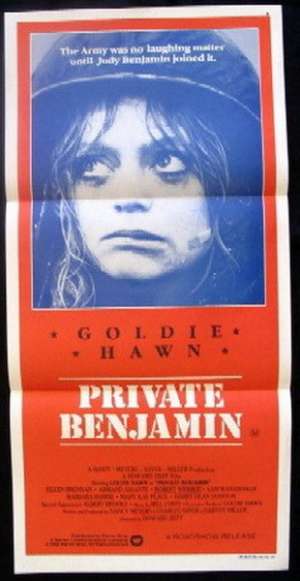 Daybill Poster Style B.Private Benjamin is a 1980 American comedy film starring Goldie Hawn. The film was one of the biggest box office hits of 1980. Private Benjamin grossed $4,739,769 from 763 theaters in its opening weekend, finishing at the top of the US box office. It added 36 more screens the following weekend and increased its gross to $4,935,571, finishing number one again, with a 10-day gross of $11.5 million. Critically it was nominated for three Academy Awards including Hawn as Best Actress.