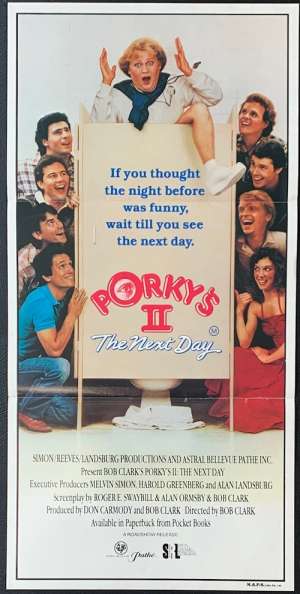 Cult movie Daybill Poster.Porky's II: The Next Day is a 1983 sex comedy film and the sequel to the 1982 film Porky's. The film is co-written and directed by Bob Clark. Unlike the previous film, Porky himself does not appear.A sequel Porky's Revenge!, was released in 1985.The Storyline centres around the fun continuing as the boys at Angel Beach High School devise even more creative ways to infiltrate the girls' shower room. Porky's II: The Next Day took in $33,759,266 on a budget of 7,000,000.