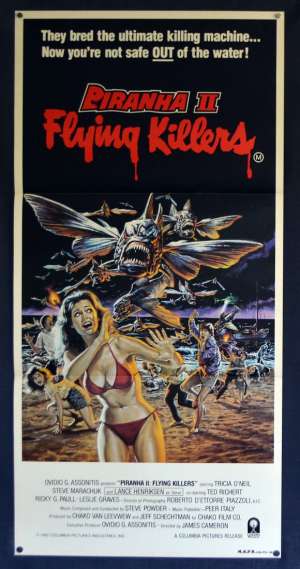 Poser art by Bob Larkin. Piranha II: The Spawning, also known as The Spawning and Piranha II: Flying Killers, is a 1981 American horror film, the sequel to the 1978 low-budget cult film Piranha, directed by James Cameron in his theatrical feature film directorial debut.James Cameron was originally hired as the special effects director for this film and took over the direction when the original director left. Cameron also re-wrote the screenplay under the pseudonym H. A. Milton.