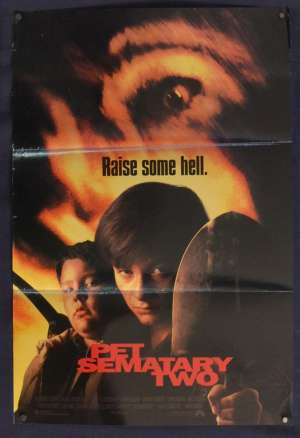 Mini Daybill.Pet Sematary Two is a 1992 American horror film directed by Mary Lambert. The screenplay was written by Richard Outten. It is the sequel to the 1989 film Pet Sematary. The film stars Edward Furlong, Anthony Edwards and Clancy Brown. Paramount was anxious to follow up on the success of Pet Sematary with a sequel and invited Mary Lambert to return and direct. She has stated that her original concept for the film would have involved Ellie Creed as the central character, the only survivor from the first film. However, Paramount cast completely new characters including thirteen-year-old Furlong in the lead role, capitalizing on his rise to fame in the previous year's blockbuster Terminator 2: Judgment Day.