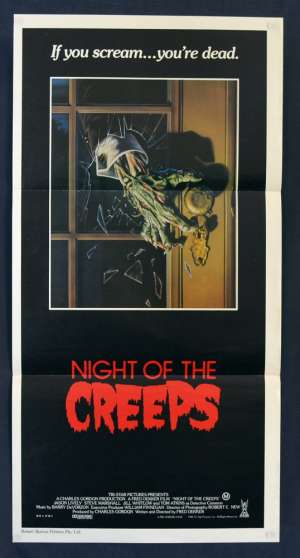 Night Of The Creeps is a 1986 American comedy horror written and directed by Fred Dekker, starring Tom Atkins, Jason Lively, Steve Marshall and Jill Whitlow. The film is an earnest attempt at a B movie and a homage to the genre. While the main plot of the film is related to zombies, the film also mixes in takes on slashers and alien invasion films. Night of the Creeps did not perform well at the box office, but it developed a cult following.