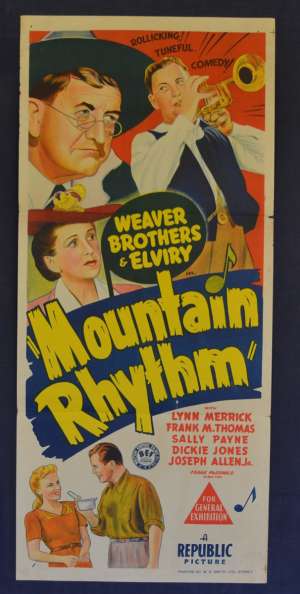 Mountain Rhythm (Harvest Days as it was released in the UK) is a 1943 American comedy film directed by Frank McDonald and written by Dorrell McGowan and Stuart E. McGowan. The film stars Leon Weaver, Frank Weaver, June Weaver, Lynn Merrick, Frank M. Thomas and Sally Payne. The film was released on January 8, 1943, by Republic Pictures. The basic storyline is as follows: The Weaver family buys some farmland in California, but the headmaster of a nearby boy’s school doesn't want them as neighbours. Before long the boys at the school are causing trouble for the Weavers.