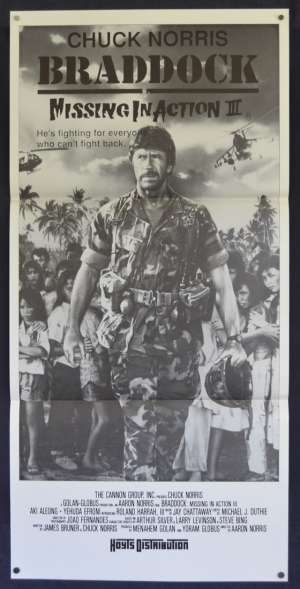 Rarely seen Daybill poster with different artwork.Braddock: Missing in Action III (also known as Missing in Action 3) a 1988 action/adventure film, and a sequel to Missing in Action, following the second film, Missing in Action 2: The Beginning, which was a prequel. It is the third and final installment in the Missing in Action series. The film stars Chuck Norris, who co-wrote the screenplay with James Bruner. The film was directed by Norris' brother, Aaron Norris. The movie debuted at No. 5 at the box office with $2,210,401 in the opening weekend.