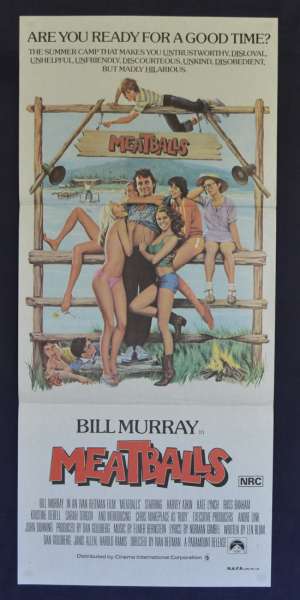 Meatballs is a 1979 Canadian comedy film directed by Ivan Reitman. It is noted for Bill Murray's first film appearance in a starring role and for launching the directing career of Reitman whose later comedies included Stripes (1981) and Ghostbusters (1984), both starring Murray. The film also introduced child actor Chris Makepeace in the role of Rudy Gerner. The film's score was written by Elmer Bernstein who wrote scores to The Great Escape and The Magnificent Seven. The film was a huge commercial success. Poster artwork is by Morgan Kane.