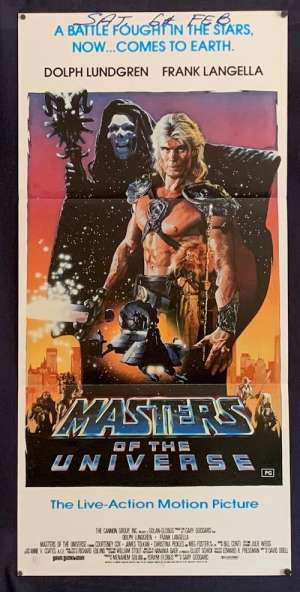 Rarely available Daybill Poster with Drew Struzan Art.Masters Of The Universe is a 1987 American science fantasy action film directed by Gary Goddard and starring Dolph Lundgren, Frank Langella, Jon Cypher, Chelsea Field, Billy Barty and Courteney Cox. It is based on the Mattel toyline of the same name. The film was released theatrically in the United States on August 7, 1987 and has since become a popular cult film.