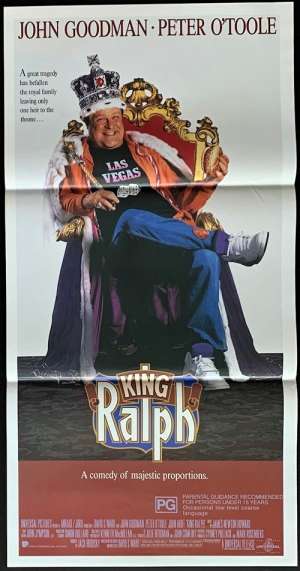 Daybill Poster. King Ralph is a 1991 American comedy film written and directed by David S. Ward and starring John Goodman, Peter O'Toole, and John Hurt. The film is about an American who becomes the unlikely King of the United Kingdom after an electrical accident wipes out the British Royal Family. The story is loosely based on the 1980 novel Headlong by Emlyn Williams. Very little of the story survived the transition to the screen; characters were changed and the story made into a comedy. The film was a minor box office hit.