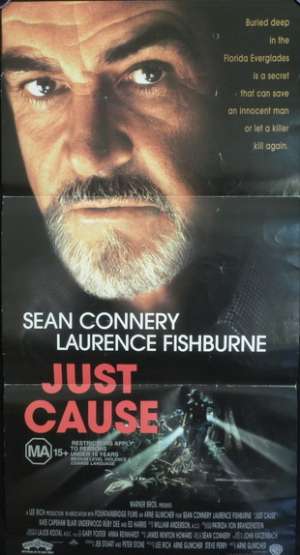 Original Australian Daybill Movie Poster.Just Cause is a 1995 suspense crime thriller film directed by Arne Glimcher and starring Sean Connery and Laurence Fishburne. It is based on John Katzenbach's novel of the same name.Sean Connery plays a Harvard Law professor who reopens a murder investigation based on an allegation that a confession was coerced by a maverick lawman. On the surface, it seems a straight-ahead case of the prisoner's guilt or innocence. But nothing really lies on the surface of this mystery climaxing in the Florida swamplands.