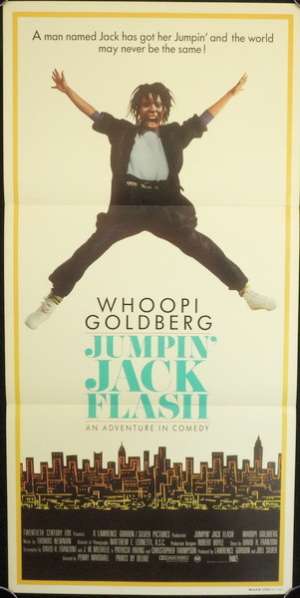 Jumpin Jack Flash Daybill Poster / Jumpin' Jack Flash is a 1986 spy comedy film starring Whoopi Goldberg. The film was directed by Penny Marshall in her theatrical film directorial debut.The soundtrack includes two versions of the song "Jumpin' Jack Flash": the original by the Rolling Stones, and a remake by Aretha Franklin heard over the end credits. Franklin's version was not included on the film's soundtrack album but was released as a single.