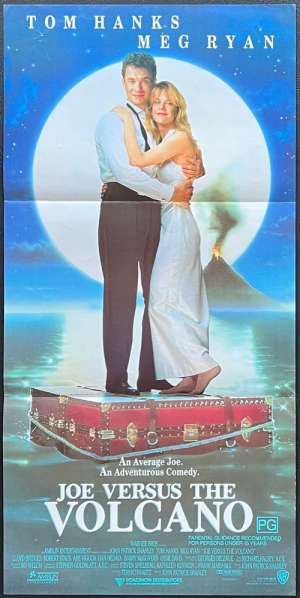 Daybill Poster.Joe Versus the Volcano is a 1990 American romantic comedy film written and directed by John Patrick Shanley and starring Tom Hanks and Meg Ryan. Hanks plays a man who, after being told he is dying of a rare disease, accepts a financial offer to travel to a south pacific island and throw himself into a volcano on behalf of the superstitious natives. Along the way, he meets and falls in love with the woman taking him there. Film critic Roger Ebert described the film as "new and fresh and not shy of taking chances". It was a minor box office success in the US and has since become a cult film.