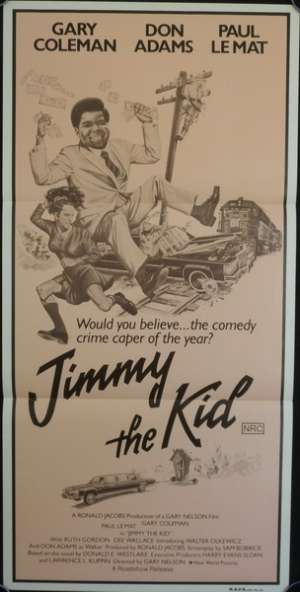 Original Australian Daybill Movie Poster - Jimmy The Kid. Jimmy the Kid is a 1982 American comedy film starring Gary Coleman, Paul Le Mat and Don Adams. It was directed by Gary Nelson, produced by Ronald Jacobs and released on November 12, 1982 by New World Pictures. Following 1981's On the Right Track, it was second theatrical film release starring Coleman. The storyline is a gang of bumbling crooks kidnap a bratty little kid and find out they got more than they bargained for.