I Ought To Be In Pictures Daybill Movie poster 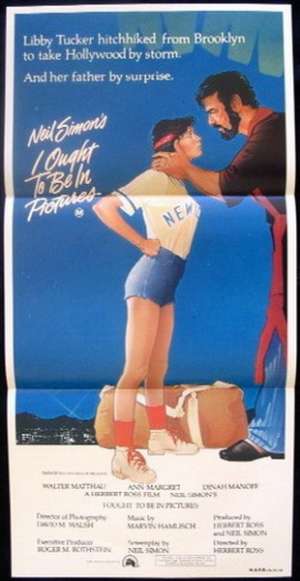 The three-character comedy-drama focuses on Herbert Tucker, a struggling, writer's-blocked screenwriter who abandoned his New York family 16 years earlier. Now daughter Libby has arrived on the West Hollywood doorstep of the father she barely remembers, convinced he can jump-start the Hollywood acting career she desires.