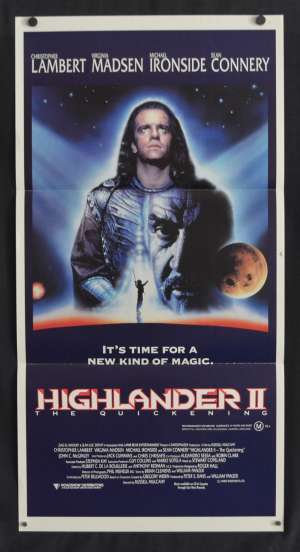 Daybill Poster.Highlander II: The Quickening is a 1991 American science fiction action film directed by Russell Mulcahy and starring Christopher Lambert, Sean Connery, Virginia Madsen, and Michael Ironside. It is the second instalment to the Highlander film series, and it was released on 12 April 1991 in the United Kingdom and November 1, 1991, in the United States. Several alternative versions have been released by the filmmakers since.