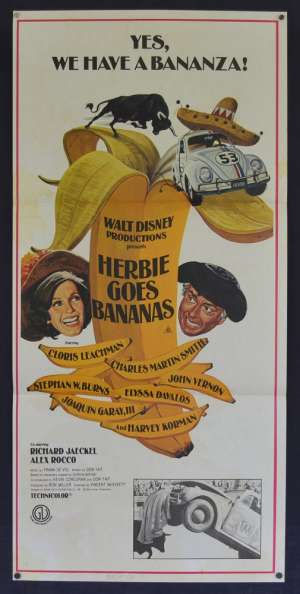 Daybill Poster.Herbie Goes Bananas is a 1980 American comedy adventure film and the fourth installment of the Herbie franchise made by Walt Disney Productions starring Herbie – the white Volkswagen racing Beetle with a mind of its own. The film stars former Mel Brooks collaborators Cloris Leachman and Harvey Korman. A total of 26 VW Beetles were used, by reason of the quantity of stunts and tricks.