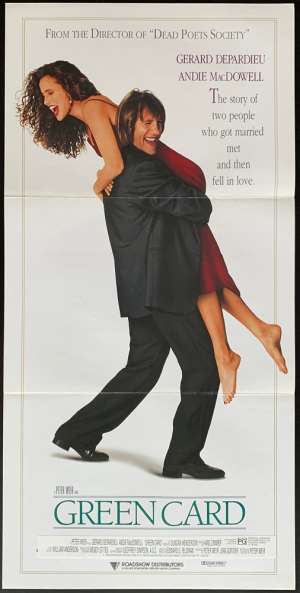 Daybill Poster. Green Card is a 1990 romantic comedy film written, produced, and directed by Peter Weir and starring Gérard Depardieu and Andie MacDowell. The screenplay focuses on an American woman who enters into a marriage of convenience with a Frenchman so he can obtain a green card and remain in the United States. Depardieu won the Golden Globe Award for Best Actor. The film won the Golden Globe for Best Motion Picture – Musical or Comedy and was nominated for an Oscar for Best Original Screenplay.