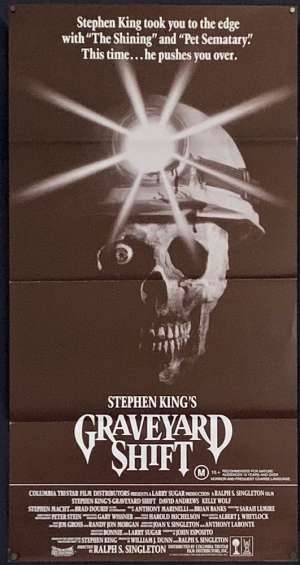 Preferred Australian Daybill Poster art.Graveyard Shift is a 1990 film directed by Ralph S. Singleton, written by John Esposito and based on the short story of the same name by Stephen King. First published in the 1970 issue of Cavalier magazine, and later collected in King's 1978 collection Night Shift. Graveyard Shift was a modest box office success for Paramount when release on October 26, 1990 in the United States as it opened in first place that weekend.