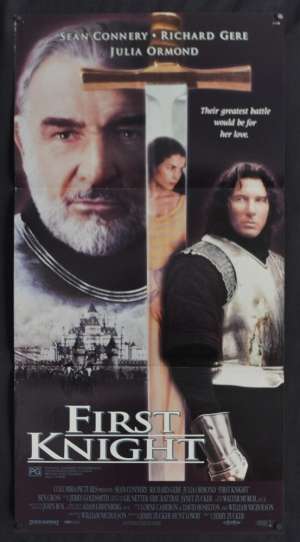 First Knight is a 1995 medieval film based on Arthurian legend, directed by Jerry Zucker. It stars Sean Connery as King Arthur, Richard Gere as Lancelot, Julia Ormond as Guinevere and Ben Cross as Malagant. The film follows the rogue Lancelot's romance with Lady Guinevere of Leonesse, who is to marry King Arthur of Camelot, while the land is threatened by the renegade knight Malagant. The film is noteworthy within Arthurian cinema for its absence of magical elements, its drawing on the material of Chrétien de Troyes for plot elements and the substantial age difference between Arthur and Guinevere. The film earned a worldwide total of US$127,600,435.