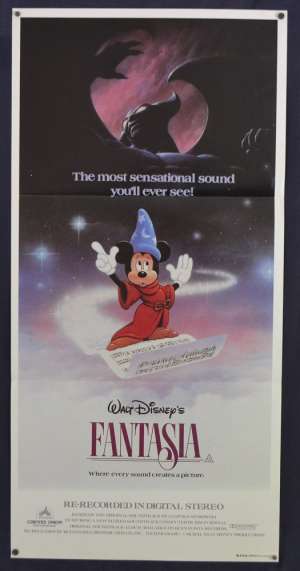 Fantasia is a 1940 American animated film produced by Walt Disney and released by Walt Disney Productions. With story direction by Joe Grant and Dick Huemer, and production supervision by Ben Sharpsteen, it is the third feature in the Disney animated features canon. The film consists of eight animated segments set to pieces of classical music conducted by Leopold Stokowski, seven of which are performed by the Philadelphia Orchestra. As of 2012, Fantasia has grossed $76.4 million in domestic revenue and is the 22nd highest-grossing film of all time in the U.S. when adjusted for inflation. Fantasia has grown in reputation over the years and is now widely acclaimed. In 1998 the American Film Institute ranked it as the 58th greatest American film in their 100 Years and the fifth greatest animated film in their 10 Top 10 list.