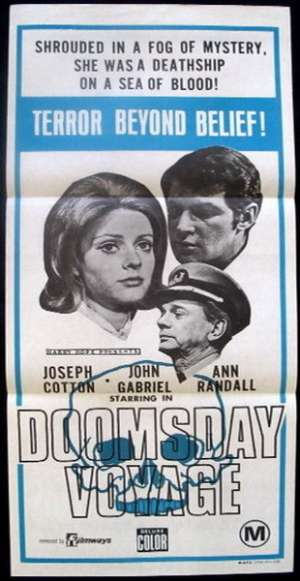 Original Australian Daybill movie poster. A political extremist (Wilson), on the run after assassinating a corrupt politician, poses as a French sailor in hopes of fleeing the country. On arrival at Boston Harbor, he learns his ship has broken down and is being towed to New York for repairs. Hastily, he decides to stow away on a freighter to catch up to his disabled ship. But to gain access to the ship unnoticed, he kidnaps its sole passenger, Katherine Jason, the daughter of the ship's Captain.