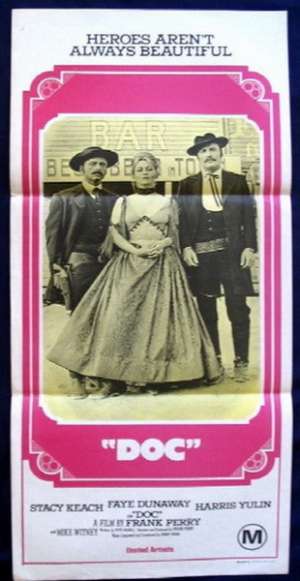 Original Australian Daybill movie poster. Doc is a 1971 American western film, which tells the story of the gunfight at the O.K. Corral and of one of its protagonists, Doc Holliday. It stars Stacy Keach, Faye Dunaway and Harris Yulin. It was directed by Frank Perry, while Pete Hamill wrote the original screenplay. The film was shot in Almeria in southern Spain.