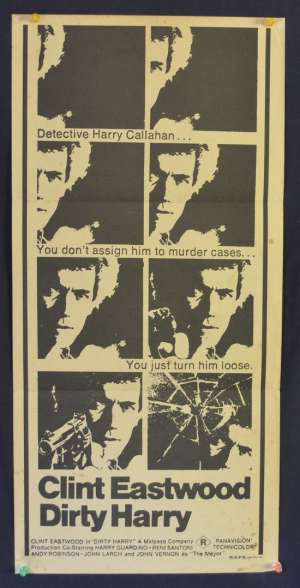 Dirty Harry is a 1971 American action thriller film produced and directed by Don Siegel, the first in the Dirty Harry series. Clint Eastwood plays the title role, in his first outing as San Francisco Police Department (SFPD) detective "Dirty" Harry Callahan. The film drew upon the actual case of the Zodiac Killer as the Callahan character seeks out a similar vicious psychopath. A critical and commercial success it set the style for a whole genre of police films. In 2012, the film was selected for preservation in the National Film Registry by the Library of Congress for being "culturally, historically, and aesthetically significant."