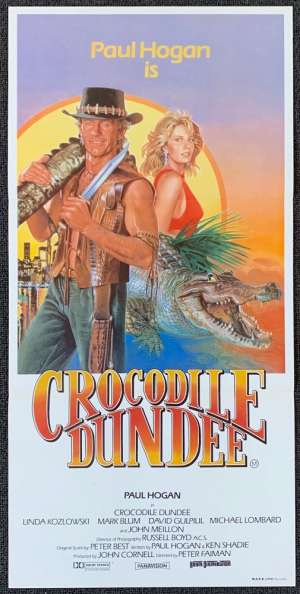 Country Of Origin Daybill Poster with awesome Brian Clinton poster art.Crocodile Dundee (stylized as "Crocodile" Dundee in the U.S.) is a 1986 Australian-American comedy film set in the Australian Outback and in New York City. It stars Paul Hogan as the weathered Mick Dundee. Hogan's future but now ex-wife Linda Kozlowski portrayed Sue Charlton.Inspired by the true life exploits of Rod Ansell, the film was made on a budget of under $10 million as a deliberate attempt to make a commercial Australian film that would appeal to a mainstream American audience, but proved to be a worldwide phenomenon. Released on 30 April 1986 in Australia, and on 26 September 1986 in the United States, it was the second-highest-grossing film in the United States in that year and went on to become the second-highest grossing film worldwide at the box office as well, with an estimated 46 million tickets sold in the US. 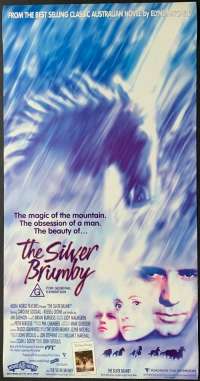