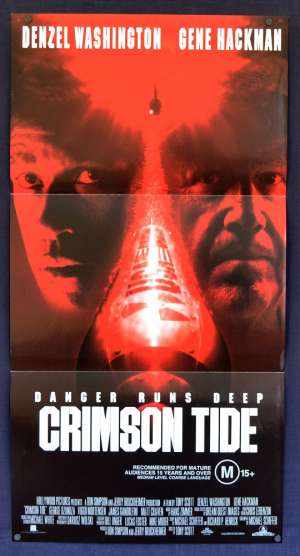 Crimson Tide is a 1995 American submarine film directed by Tony Scott, and produced by Don Simpson and Jerry Bruckheimer. The film has uncredited additional writing by Quentin Tarantino, much of it being the pop-culture-reference laden dialogue. The lead stars include Denzel Washington and Gene Hackman who eventually face off against each other in a mutiny situation. The U.S. Navy objected to many of the elements in the script—particularly mutiny on board a U.S. naval vessel—and as such, the film was produced without the U.S. Navy's assistance. The film was scored by Hans Zimmer, who won a Grammy Award for the main theme.