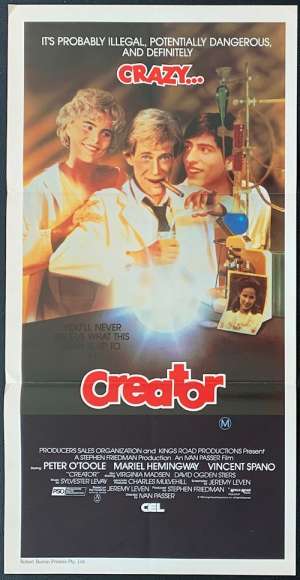 Daybill Poster. Creator is a 1985 film directed by Ivan Passer, starring Peter O'Toole, Vincent Spano, Mariel Hemingway, and Virginia Madsen. It is based on the 1980 novel of the same title by Jeremy Leven, who also wrote the screenplay adaptation.