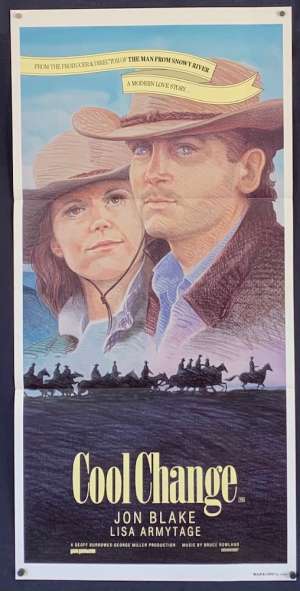 Daybill Poster.Cool Change is a 1986 Australian action film directed by George T. Miller (The Man From Snowy River). It stars Jon Blake (The Lighthorsemen), Lisa Armytage (Neighbours) and Deborra-Lee Furness (Shame). Cool Change would be the second last film Jon Blake would make (due to a severe car accident he was in on the way home from the last day of filming ‘The Lighthorsemen 1987’). The accident left him with severe brain damage thus ending his promising career. Any original cinema posters of Jon Blake’s are now very collectible.