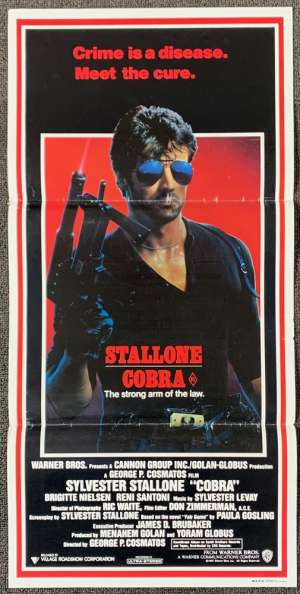 Excellent John Alvin poster artwork.Cobra is a 1986 American action film directed by George P. Cosmatos, and written by Sylvester Stallone, who also starred in the title role. The film co-stars Reni Santoni, Brigitte Nielsen and Andrew Robinson. It is the first film where Brian Thompson plays a prominent role. The film was loosely based on the novel Fair Game by Paula Gosling, which was later filmed under that title in 1995. However, Stallone's screenplay was originally conceived from ideas he had during pre-production of Beverly Hills Cop, whose screenplay he heavily revised. He had wanted to make Beverly Hills Cop a less comedic and more action-oriented film, which the studio rejected as being far too expensive. When he left that project, Eddie Murphy was brought in to play the lead role and Stallone then had the opportunity to use his script in what became Cobra. Cobra debuted at No.1 at the box office and was a huge financial success. It eventually went on to gross $160 million, over six times its estimated $25 million budget. The film now enjoys a cult following. 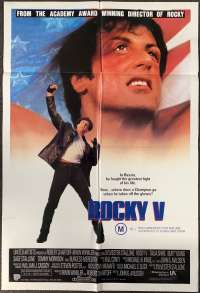