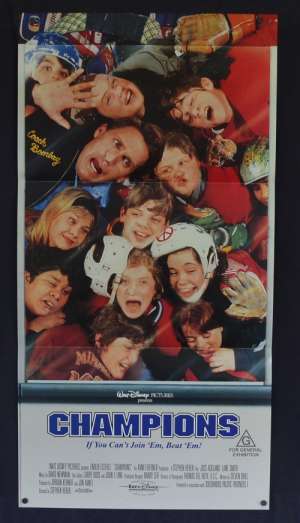 Daybill Poster. Champions is a 1992 American sports comedy-drama film directed by Stephen Herek, starring Emilio Estevez. It was produced by Avnet–Kerner Productions and distributed by Walt Disney Pictures. It is the first film in the Mighty Ducks trilogy.In the UK, South Africa and Australia, the film was retitled ‘Champions’ as is evident by the rare Australian Daybill movie poster on offer here.