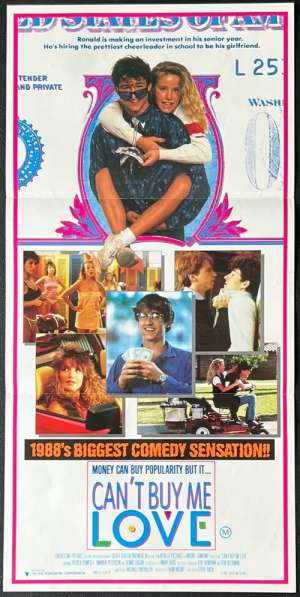 Daybill Poster.Can't Buy Me Love is a 1987 American teen romantic comedy feature film starring Patrick Dempsey and Amanda Peterson in a story about a nerd at a high school in Tucson, Arizona who gives a cheerleader $1,000 to pretend to be his girlfriend for a month. The film was directed by Steve Rash and takes its title from a Beatles song with the same title. The choreography is by Paula Abdul, who makes an uncredited appearance as a dancer. The Young Artist Award in the Best Young Actor in a Motion Picture—Comedy went to Patrick Dempsey.