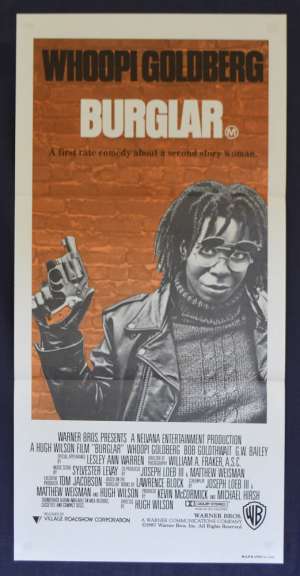 Burglar is a 1987 Canadian-American comedy film directed by Hugh Wilson and distributed by Warner Bros. The film stars Whoopi Goldberg (Bernie Rhodenbarr) and Bobcat Goldthwait. The film was adapted from the 1978 novel The Burglar in the Closet by Lawrence Block; in Block's book, Bernie Rhodenbarr is a white man. It was also the first R-rated and live-action production from the Canadian animation company, Nelvana. Screenwriter Jeph Loeb has disclosed that Burglar was initially intended to be a serious vehicle for Bruce Willis with Whoopi Goldberg filling the role of the character's neighbour. When Willis dropped out, Goldberg took on the lead role.