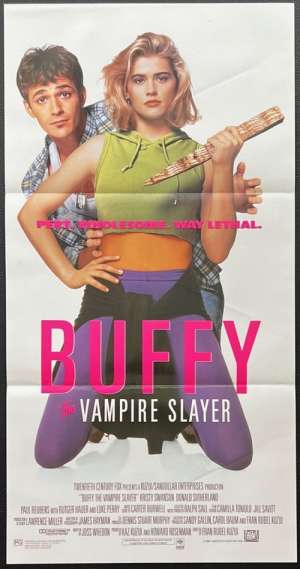 Buffy the Vampire Slayer is a 1992 American comedy horror film directed by Fran Rubel Kuzui and starring Kristy Swanson, Donald Sutherland, Paul Reubens, Rutger Hauer, Luke Perry, and Hilary Swank. It follows a Valley girl cheerleader named Buffy who learns that it is her fate to hunt vampires.It was a moderate success at the box office and now enjoys a cult following due to the success of the TV series later adapted.