John Wayne Daybill Poster.Brannigan is a 1975 British thriller directed by Douglas Hickox and starring John Wayne and Richard Attenborough filmed in Panavision. One of the screenwriters was Dalton Trumbo's son, Christopher Trumbo. Set principally in London, the film is about a Chicago detective sent to Britain to organise the extradition of an American mobster, who is soon kidnapped and held for ransom. Struggling with the restrained policing style of his British counterparts, the tough Irish-American detective uses his own brand of law enforcement to recapture the criminal. After turning down the starring role in Dirty Harry and seeing the subsequent success of that film, Wayne made two police thrillers in quick succession. After starring in McQ, he made this "cop out of water" film in the same vein as Clint Eastwood's Coogan's Bluff. Critic’s wrote “..it's a well crafted action movie”. 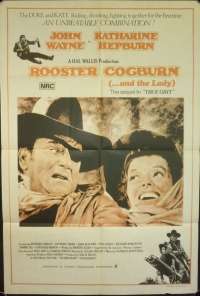