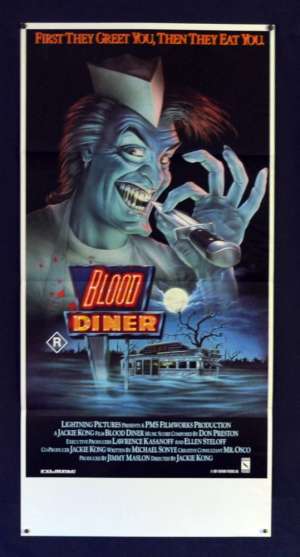 This is a 1987 black comedy horror film, a loose sequel to the 1963 film Blood Feast. The movie was written by Michael Sonye and directed by Jackie Kong. It starred Rick Burks, Carl Crew, George Tutman and LaNette LaFrance and Roger Dauer. The film was given a limited release theatrically in the United States by Lightning Pictures Inc. in July 1987 and had similar limited runs in other countries and thus not alot of original cinema marketing material is available. The film has gone on to achieve cult status.