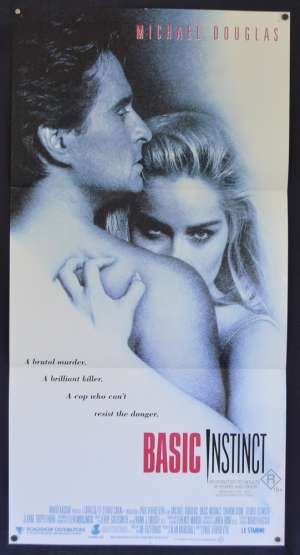 Basic Instinct is a 1992 neo-noir erotic thriller film directed by Paul Verhoeven and written by Joe Eszterhas, and starring Michael Douglas and Sharon Stone. The film follows a police detective, Nick Curran (Douglas), who is investigating the brutal murder of a wealthy rock star. During the investigation Curran becomes involved in a torrid and intense relationship with the prime suspect, Catherine Tramell (Stone), an enigmatic writer. Basic Instinct became one of the most financially successful films of the 1990s, grossing $352 million worldwide. The film has contemporarily been recognized for its ground breaking depictions of sexuality in mainstream Hollywood cinema, and has been referred to by scholars as "a neo-noir masterpiece that plays with, and transgresses, the narrative rules of film noir." The film score to Basic Instinct was composed by Jerry Goldsmith. The score to Basic Instinct garnered Goldsmith nominations for an Academy Award and a Golden Globe Award.